The sad ballad of Bruce and Bono

PRESENT TENSE: You must have heard Bono's words at this week's pre-inauguration concert. "What a thrill for four Irish boys from the northside of Dublin to honour you sir, Barack Obama, to be the next president of the United States."

And what a thrill it must have been. Even if only one of U2 actually lives on the northside now. Or that Bono must have lived as much of his life on the southside. Or that two of the band were born in England, before moving to the north Co. Dublin town of Malahide. Roddy Doyle, you'll have noticed, never sets his novels in Malahide.

Why be so picky? Because even in a moment when he was trying to express the personal pride he and the band were feeling, Bono sounded a false note. In throwing in the reference to the northside, he was grabbing some of the "impossible journey" narrative for himself and the band.

Continue reading The sad ballad of Bruce and Bono. 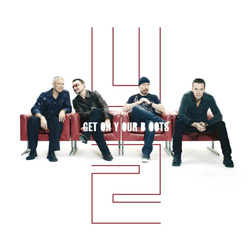 U2's new single, "Get on Your Boots," scored massive audience numbers throughout Europe and the United Kingdom on its debut day of radio airplay yesterday (Jan. 19), according to Nielsen Music Control.

Arriving on the second day of the airplay-monitoring week, the new single shot straight to No. 1 on Ireland's airplay chart and No. 4 in the U.K., with total audiences of two million and 12.5 million respectively.

The song also fared well in Germany (78 million), Italy (11 million) and Austria (10 million), despite arriving near the end of the European monitoring week. Belgium and Holland showed a promising start with respective audiences of 3.5 and 2.6 million. 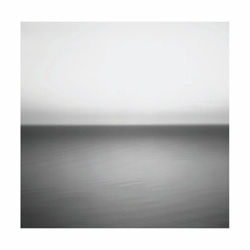 U2's new album cover might be sparse, minimalist, austere -- but it's certainly not that original.

The artwork for No Line On the Horizon, unveiled this week, boasts striking similarities to two other album covers: Brothomstates, and Richard Chartier and Taylor Deupree.

U2, Springsteen, Stevie Wonder perform for US president-elect and massive crowd

U2 frontman Bono got political at the "We Are One" Obama Inaugural Celebration concert at the Lincoln Memorial in Washington, D.C. today (January 18).

The event culminated with a two-song performance by U2. When taking the stage, Bono said, "Let freedom ring. On this spot where we're standing 46 years ago Dr King had a dream. On Tuesday, that dream comes to pass," before launching into "Pride (In the Name of Love)," U2's tribute to Dr. Martin Luther King Jr.

U2 perform at the We Are One: The Obama Inaugural Celebration at the Lincoln Memorial (January 18, 2009)

U2 Break Down 'No Line on the Horizon'

In early December, Rolling Stone traveled to London to visit U2 in the studio as Bono and Co. worked on the upcoming No Line on the Horizon. For the full story, see the new issue, which hits newsstands Wednesday, January 7th. Here's a first listen to 10 of the album's tracks:

"Get On Your Boots"
The likely first single, this blazing, fuzzed-out rocker picks up where "Vertigo" left off. "It started just with me playing and Larry drumming," the Edge recalls. "And we took it from there."

"Stand Up Comedy"
Another hard rock tune, powered by an unexpectedly slinky groove and a riff that lands between the Beatles' "Come Together" and Led Zep's "Heartbreaker." Edge recently hung out with Jimmy Page and Jack White for the upcoming documentary It Might Get Loud, and their penchant for blues-based rock rubbed off: "I was just fascinated with seeing how Jimmy played those riffs so simply, and with Jack as well," he says.

Continue reading U2 Break Down 'No Line on the Horizon'.

The new issue of Q hits the shops today in the UK, (Europe and the rest of the world will be on sale very shortly). It features a world exclusive shoot and in depth interviews with each member of U2 on their new album. See Bono let loose with a fire extinguisher, and watch him experiment with a make-up box. Expect to read some dissent in the ranks about the frontman's activities.

The Q website (www.qthemusic.com) is also currently hosting a dedicated U2 section with exclusive content, video and out-takes from the Q U2 shoot. Click here for more info.

This page is an archive of entries from January 2009 listed from newest to oldest.

December 2008 is the previous archive.

February 2009 is the next archive.